see the bio
x
Since 2009, St-Méthode Bakery has been proud to have doctor of nutrition Isabelle Huot as its spokesperson and consultant for everything concerning its healthy products.

A healthy life starts with the proper diet. This is why we put all of our know-how into helping you stay healthy. Eating better means having a varied daily diet that includes an adequate amount of protein, complex carbohydrates, and fibre, while limiting your intake of sugar, bad fats, and sodium.

St-Méthode Bakery is a company that remains committed on several fronts. Our main concern is the quality of our products. To ensure this, we favour the use of local flours originating on Quebec farms.

Proteins are molecules made up of long chains of amino acids. Protein plays a role in tissue construction and repair and has many other physiological functions, as it is also involved in the composition of antibodies, enzymes, and hormones. Protein also contributes to a feeling of satiety or fullness.

To make its breads even healthier and more nutritious, St-Méthode Bakery is committed to using whole-grain flours and grains, natural sources of vegetable protein. As a result, the breads in the Les Grains St Méthode range—nutritious breads for active people—are guaranteed to provide you with 8 to 10 g of vegetable protein per portion. A simple solution for healthy and filling meals.

I prefer products that are high in protein to help keep you feeling full between meals. Several whole grain bakery products are a good source of vegetable protein. This is certainly true of the Quinoa and Chia loaves in the Les Grains St-Méthode range.

Here’s a super simple lunch idea that will help you get your fill of protein:

Are you getting enough protein?
x

Quebecers generally eat enough protein. However, the way in which this protein is spread out through their diet is often problematic. Do you properly distribute your protein intake on a daily basis?

Over the course of one week (7 days), do you eat breakfast every day?

I never or very rarely
eat breakfast
B

I eat breakfast
most of the time
C

I eat breakfast
every day

Do you include a source of protein at breakfast time (nut butter, Greek yogurt, milk, soy beverage, cheese, egg, tofu)?

Do you skip meals?

Do you include a source of protein at snack time (nuts, cheese, hummus, seeds)?

When you eat legumes as your sole source of protein, what is the portion size?

250 ml
Take care! Spreading out your protein intake more evenly through the day can help optimize your energy level and better control your hunger.
Your daily eating habits suggest that your protein intake is not being properly distributed. You should know that by spreading out the protein you eat more evenly through the day, you can help optimize your energy and gain better control over your appetite.
Tips for spreading out your protein intake more evenly:
• Eat at least 20 g of protein at each meal
• Have breakfast every day
• Make sure to get enough protein at breakfast
• Include a source of protein at snack time (nuts, Greek yogurt, milk, enriched soy beverage, nuts and seeds, cheese, hard-boiled eggs)
• Don’t skip meals
• Apply the balanced plate concept at every meal
These values are approximate and should not replace the advice of a health care professional.

What is dietary fibre?

Found in products of plant origin, dietary fibre has a number of positive effects on health and contributes to a feeling of fullness. Dietary fibre falls into two categories: soluble fibre and insoluble fibre. The first dissolves in water; it slows down gastric emptying, lowers blood cholesterol levels, and allows for optimal control of glucose levels. As for insoluble fibre, it doesn’t dissolve in water; it speeds up the passage of food through the digestive tract, promoting intestinal regularity.

For years, St-Méthode Bakery has been committed to choosing quality flours that are high in naturally superior dietary fibre. Through partnerships with Isabelle Huot and other experts, the team at St-Méthode Bakery keeps up to date on flours and grains that are naturally made up of soluble and insoluble fibres. The Bakery has taken an innovative approach by incorporating lesser-known nutritious grains.

I encourage people to eat a diet that is high in fibre. Several bakery products made with whole grains and whole wheat flour are good sources of fibre—like the 9 Whole Grains and Chia loaves in the Les Grains St-Méthode range.

For an excellent amount of fibre, I suggest you try this colourful and vitamin-rich bread-and-spread snack:

Are you getting enough fibre?
x

Does your dietary fibre intake meet the recommendations of nutrition experts?

How many portions of fruits and vegetables do you eat each day (one portion equals 1 medium-sized fruit [1 apple], 125 ml [1/2 cup] of fresh vegetables or fruit, or 250 ml [1 cup] of leafy vegetables—juices DON’T COUNT)?

Fewer than 3 portions
B

Fewer than 4 portions
B

Do you tend to choose grain products (bread, rice, crackers, pasta, etc.) made of whole grains?

More than 2 times
per week

Do you include nuts and seeds in your diet (one portion equals about 60 ml or a ¼ cup)?

Fewer than 2 portions
per week
B

More than 5 portions
per week
Take care! Change up the contents of your plate to make sure you get enough fibre: more vegetables, more whole grains, more legumes.
Your daily eating habits suggest that you are not getting enough fibre. You should know that a fibre-rich diet is associated with better digestive health, the prevention of heart disease and diabetes, and better weight management.
Tips for increasing your fibre intake:
• Choose whole grain products
• Eat a lot of vegetables (half of your plate at lunch and supper)
• Don’t peel your vegetables, if possible
• Choose to eat legumes more often
• Eat some nuts and seeds, in small portions, every day.
These values are approximate and should not replace the advice of a health care professional.

Sodium is a nutritional element that is present in table salt and many other daily foods. While it is often targeted as a dietary enemy, you still need to consume a certain amount. It has a positive effect on the body in several ways, regulating blood pressure and promoting the circulation of water in cells. However, excessive sodium consumption increases the risk of high blood pressure, strokes, kidney disease, gastric cancer, and even osteoporosis.

St-Méthode Bakery is proud to say that it has considerably reduced the quantity of salt in its original recipes, while still offering the good taste that fans of great bread want. Much more than just a basic commodity, salt acts as a natural preservative and allows the bread dough to rise while helping to spread the flavour. The Bakery has met the challenge of reducing sodium without affecting bread quality.

Every day, I notice that processed foods are often high in sodium, which can only be bad for your health. It’s very important to read the nutritional table for each product you pick up and to seek out those that are low in sodium, like the Multi-Cereal and 100% Whole Grain with Sprouted Wheat loaves in the Les Grains St-Méthode range.

For a low sodium start to the day, here’s a recipe for a spread the whole family will love:

Are you getting too much sodium?
x

Are you getting too much sodium?

How often do you eat meals in restaurants or store-bought ready-to-eat meals?

More than 2 times
per week

How often do you eat processed foods like cold cuts, seasoned rice, or store-bought pizza?

How many portions of bakery products (bread, croissants, bagels, English muffins, muffins, flatbreads, etc.) do you eat each week (one portion equals 1 slice of bread or ½ a bagel or 125 ml of breakfast cereal)?

Fewer than 5 portions
per week
B

More than 10 portions
per week
Take care! Carefully read the nutritional labels on the products you buy and try to do more of your own cooking.
Your daily eating habits suggest that you are getting too much sodium in your diet. You should know that high sodium consumption is principally associated with high blood pressure, the main cause of heart disease.
Tips for reducing your sodium intake:
• Read product labels
• Choose unsalted nuts and seeds
• Rinse canned foods
• Swap out salt for pepper, spices, or herbs instead
• Decrease your number of restaurant meals
• Cook your own meals and prepare your own snacks as often as possible
These values are approximate and should not replace the advice of a health care professional.

As President and co-owner of the company started by my parents over 70 years ago, I have a duty to make sure that the breads we produce not only taste good but are good for you. We constantly strive to offer you bread that is both healthy and nourishing.
Benoit Faucher, President 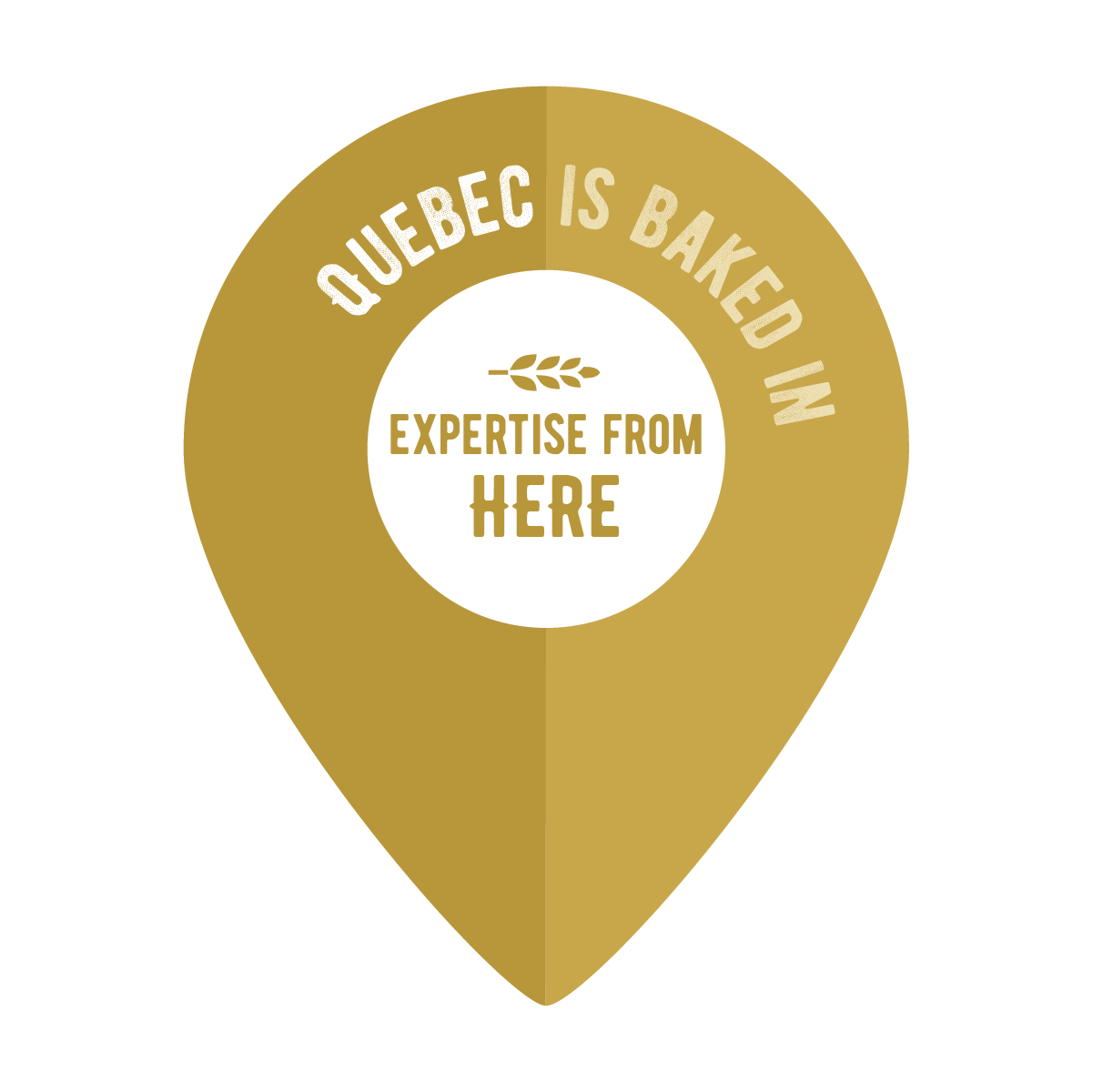 Saint-Méthode Bakery has always been committed to the family values that all Quebecers share. With know-how passed down from one generation to the next and a strong attachment to local products, it’s undeniable: for us, Quebec has always been part of the recipe! 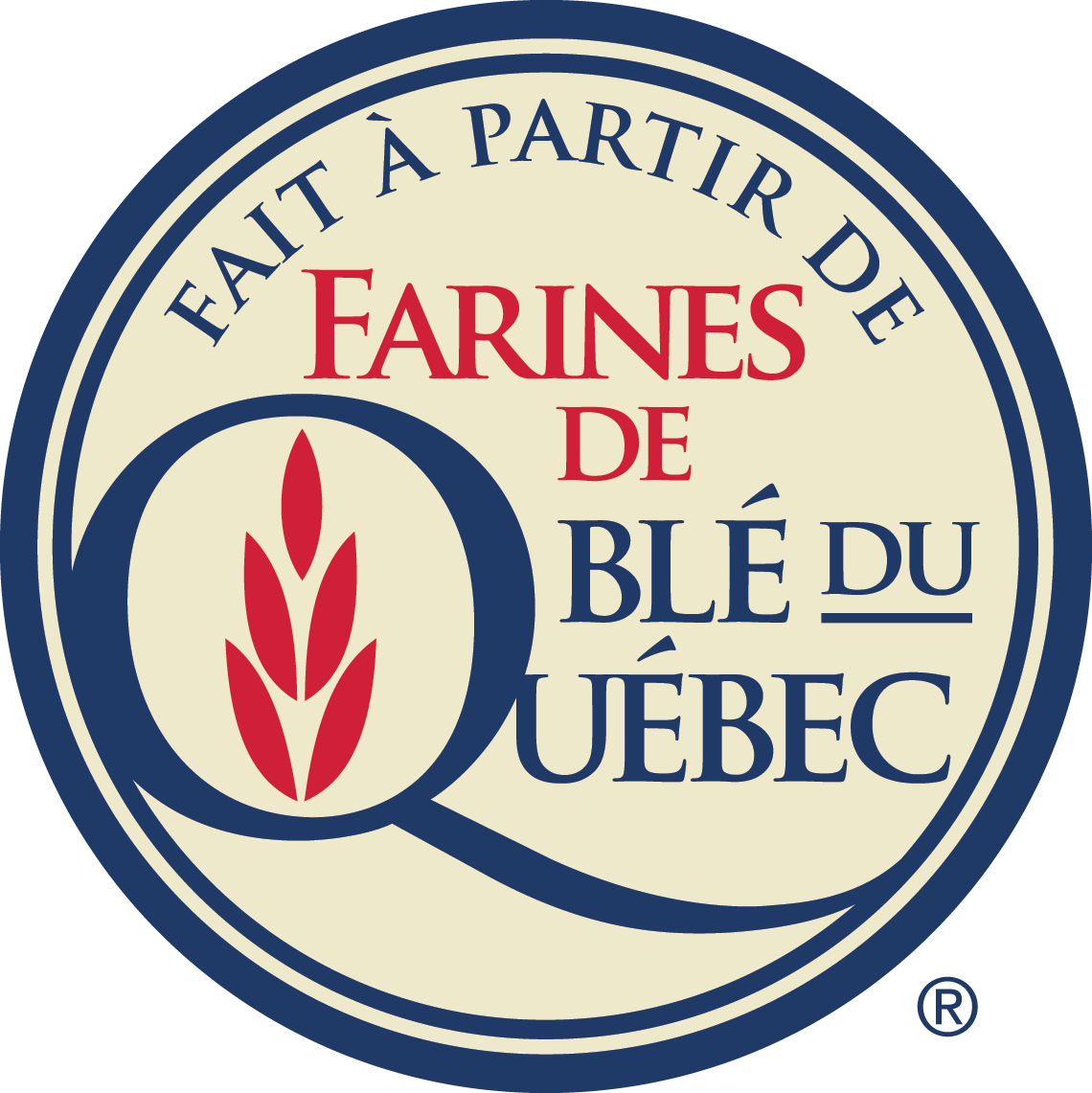 All of St-Méthode Bakery’s breads are made with wheat flour from local producers. In addition to supporting growers and mills here at home, St-Méthode Bakery uses top quality flours that are responsibly produced, using methods that respect the environment.

Because we believe that nature in itself is very creative, this product, by Boulangerie St-Méthode, is made using vegetalian ingredients. It’s in our nature.

Ecocert Canada certification guarantees that production and marketing rules for organic agricultural products have been respected throughout the entire manufacturing process.

The majority of ingredients in the bread must be certified organic (excluding water and salt).

The St-Méthode Bakery is proud to support diabetes awareness programs in Canada with its line of No Fat No Sugar Added breads. 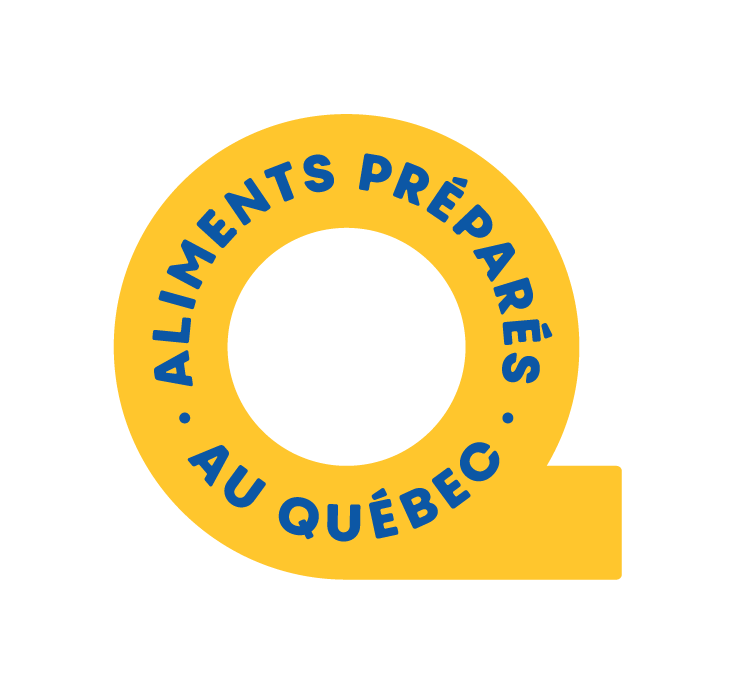 Founded in 1996 by the membership of the Filière agroalimentaire québécoise, Aliments du Québec is mandated to contribute, through identification activities, advocacy and promotion, to increasing the market share of products from Quebec on the domestic market.

Because we believe that nature in itself is very creative, this product, by Boulangerie St-Méthode, is made using verified non-genetically modified (Non-GMO) ingredients. It’s in our nature.

We use cookies and/or other similar technologies so we can adapt our content to you, analyze our traffic, and help us share information about your use of the website with our selected partners. You consent to our cookies by clicking the button below.