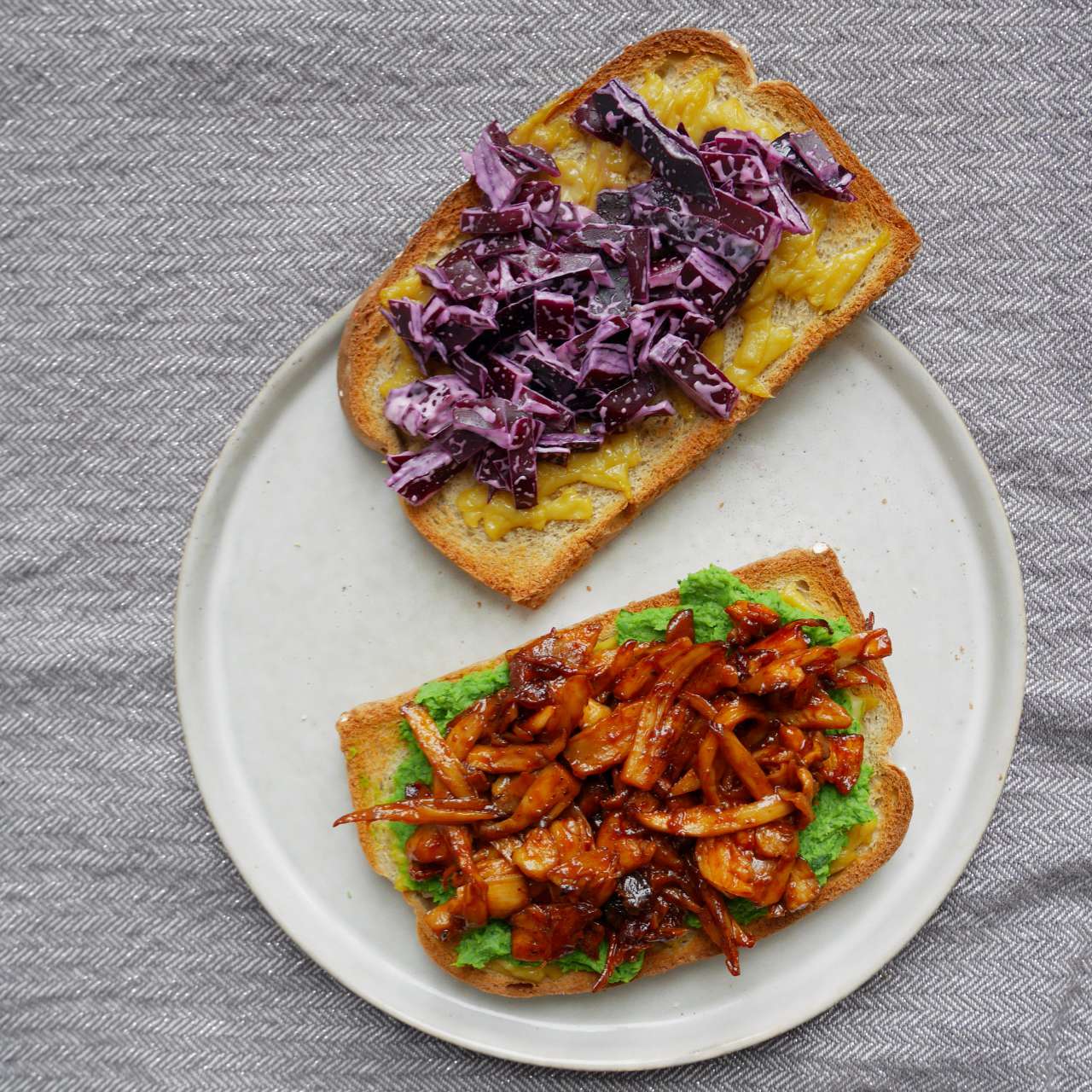 For the shredded mushrooms:

For the cabbage salad:

For the green pea puree:

For the shredded mushrooms:

- With the help of a fork and your fingers, separate the mushrooms into coarse filaments;

- Add the shredded mushrooms and stir, coating them with oil. At this stage, it’s important not to put salt so the mushrooms won’t lose their water.

- After 2 minutes, reduce the heat to medium-low. Add paprika;

- Let it cook for another 5 minutes, stirring regularly, or until the mushrooms become colored;

- Add ¼ cup of BBQ sauce and stir well to coat all pieces. Add salt and pepper to taste;

- Cook 1 to 2 minutes more, and then remove from heat.

- In a bowl, mix all ingredients. Put aside.

- Put all ingredients into a cylindrical container. With an electric mixer, reduce to a puree. (It’s also possible to use a food processor at this stage);

- Spread the vegan cheese on all 4 slices, then place on a baking pan;

- Put in the oven for 6-8 minutes, or until the cheese has melted. Then remove from oven.

- Spread the green pea puree on 2 slices of bread. Do the same with the cabbage salad and the shredded mushrooms and close the sandwiches with the other slices.