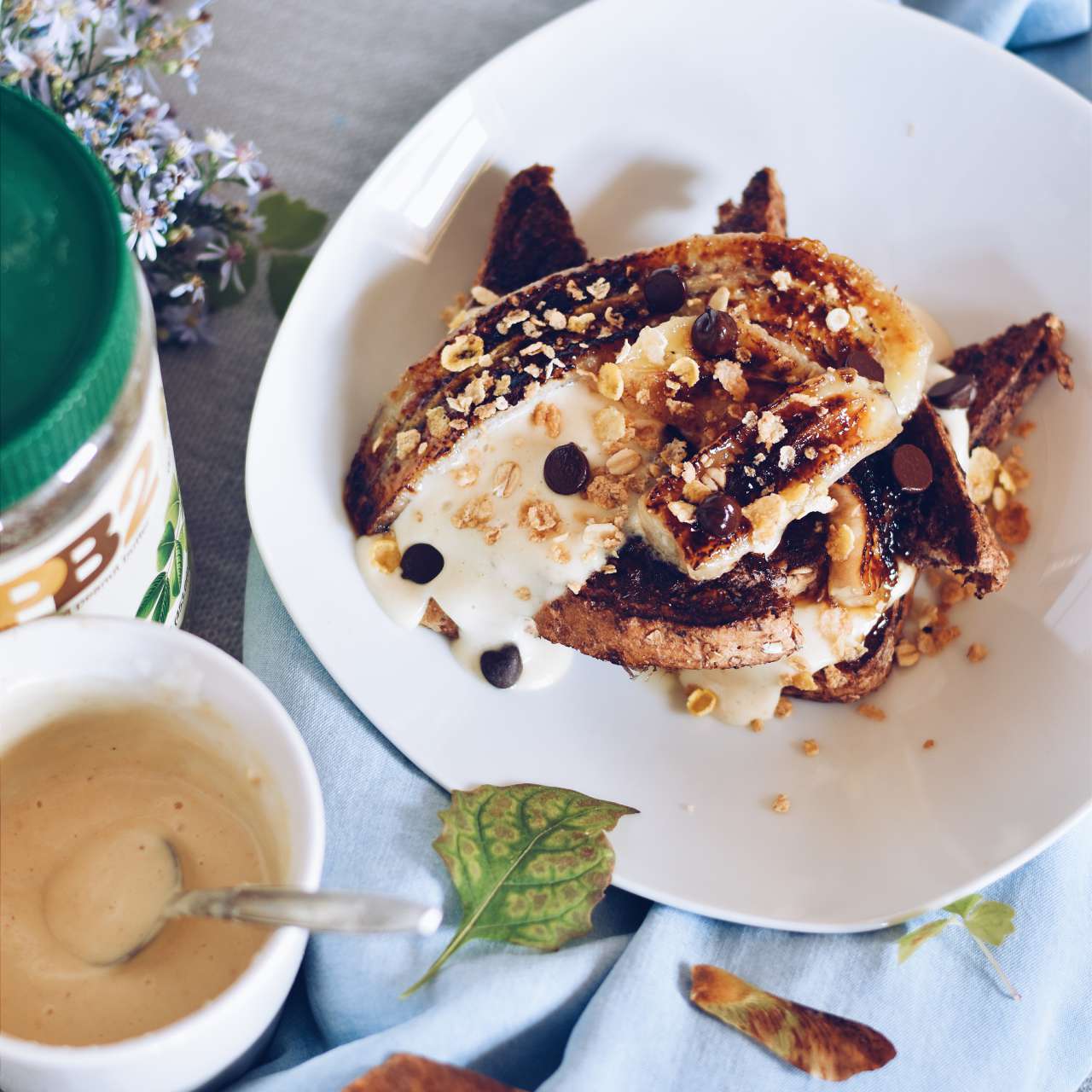 My most decadent French toast

Preheat a non-stick pan over medium-low heat and coat it with cooking spray.

Dip the slices of bread into the cocoa mixture and place them in the centre of the pan. Cook for about 3 minutes per side or until golden.

Set aside the pieces of French toast on a plate, and heat the pan over high heat. Fry the banana halves sprinkled with brown sugar for a few seconds on each side.

In the meantime, in a second bowl, mix the ingredients for the peanut cream.

Cut the slices of French toast in two diagonally. Coat each of the pieces with peanut cream before stacking them atop each other. Place the banana halves and chocolate chips on top.